Melinda Vanry, from Fruit Of Brokenness,  shares the importance of staying hydrated to help our own mental health.

How Important Is Water & Hydration To Mental Health?

Some of us go days, weeks or more without drinking any straight water, but get it in lesser amounts from other sources, such as coffee, sodas, or other drinks, and some foods, most notably fruits, vegetables and clear soups. Since at least half of the composition of the human body is water, and every cell depends on it, that can’t be great for our physical health.

But what about our mental health?

If you’re like me, you know how quickly not drinking enough water throughout the day can affect mood. 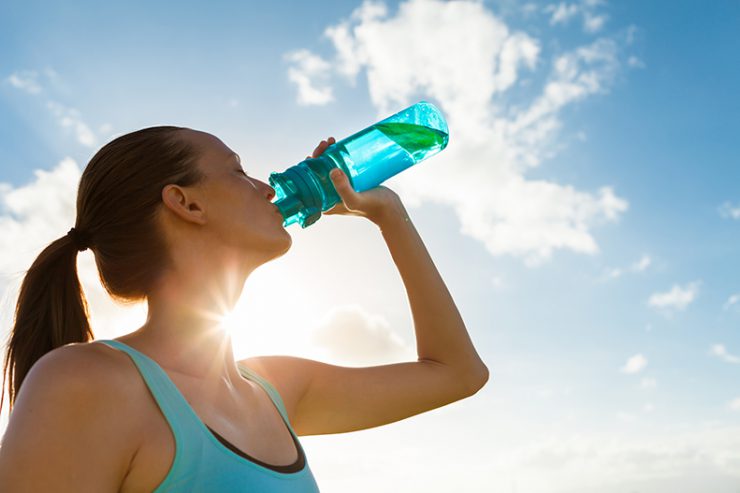 Dehydration occurs when more water is being lost by your body than is being put in. In urine and sweat, and through respiration, we’re constantly using and losing water. Even while we sleep water passes out of our system with every breath we exhale.

While mild dehydration is a loss of 1.5 percent of a body’s normal water volume, a level of hydration just one percent below optimal can affect mood, make it more difficult to concentrate, and produce a headache.

Our hearts and our brains consist of more water than the rest of our bodies. It’s pretty important stuff if we want to function at our best, physically and mentally.

HOW DOES DEHYDRATION AFFECT THE BRAIN?

While the human brain is made up of about 75 percent water, the first way that dehydration affects the brain and alters how we think and feel is by slowing circulation. This lowers blood flow, which means less oxygen traveling to all parts of the body, including the brain.
Why mild dehydration can so quickly affect mood is a subject still being studied. The most common theory is that it’s one of the human body’s many warning systems that something is not as it should be and should be dealt with.

HOW DO WE KNOW HOW MUCH WATER IS ENOUGH?

There’s no officially set amount of water that is best daily. Climate, level of activity, general health and age are important factors.
We typically think of the first sign of dehydration as thirst. This is true in a way, but by the time you’re thirsty, you’re already dehydrated enough for your mood and function to be affected.

A general rule of thumb is eight to ten eight-ounce glasses of water, or approximately two liters, per day. More on hot days, and increased in measure with greater physical activity.

IS THERE AN EASIER STEP TO TAKE TOWARD MENTAL HEALTH?

Dehydration very quickly affects how we feel and think. If you, like me, struggle with a mood disorder or have other struggles with how your brain functions and processes, why make it harder for yourself?
Drinking water regularly throughout the day is an easy, effective step to take in our efforts to be as mentally healthy as possible.
Start with a glass of water first thing in the morning. Drink two or three glasses between meals.
I carry a water bottle with me just about everywhere I go. It’s remembering to drink from it that can be a problem. Even though headaches and a change in mood happen very quickly to me when I’m getting dehydrated, I don’t always pay attention.

Even at low levels, dehydration affects the way we think. I don’t know about you, but I can have enough trouble with that fully hydrated. As I was told several years ago, taking antidepressants or mood stabilizers isn’t about feeling happy, it’s about thinking clearly. Drinking enough water keeps our brain from having to struggle against the effects of dehydration, allowing us to think more clearly than if we let ourselves get dehydrated.

Staying hydrated by drinking enough water is one aspect of good physical, emotional, and mental health. We’re not one-dimensional and our approach to mental health shouldn’t be either.